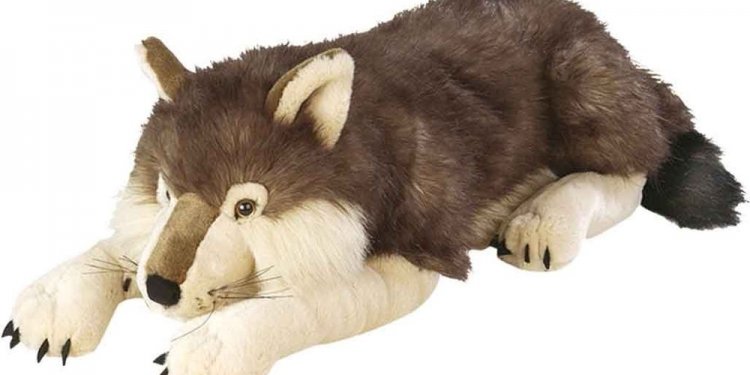 Cerberus the stuffed German Shepherd is for sale on eBay

Just as attractive from any angle: Cerberus the stuffed German Shepherd is for sale

Owner Dympna Painter, who bought Cerberus about 18 years ago, says the only problem with her late Alsation is that he does not mix well with other dogs. Her French bulldogs Henri and Boris think Cerberus is real.

'I guess we are downsizing and he's just been sitting up in the attic, ' Ms Painter told Daily Mail Australia. 'I can't have him out because my other dogs are terrified of him.'

Ms Painter said Cerberus had once been the pet of a family who lived at Cockatoo in Victoria's Dandenong Ranges. He was killed by a tree felled after the 1983 Ash Wednesday fires, which claimed 75 lives.

''The story told to me was that the owners of the much loved pooch lost their house in the Ash Wednesday bushfires, ' Ms Painter said.

'They lost everything but saved the pooch. When felling burnt trees on the property a branch conked the poor dog on the head and killed him. In a flurry of sadness they took the doggie to a taxidermist and had him "done" but never returned to pick him up.'

The taxidermist sold the stuffed dog to a bric a brac shop owner at St Kilda, in inner-city Melbourne, where Ms Painter spotted him.

This stuffed German Shepherd is in excellent condition, apart from the ratty tips of his ears

Ms Painter, from The Gurdies, 80km south east of Melbourne, said Cerberus had appeared in the 1993 television miniseries Stark, based on the Ben Elton novel of the same name. She had also taken him onto the set of Hey Hey It's Saturday in the late 1990s.

'There was a call out for viewers to bring in their pet if it looked like someone famous. I put gold spectacles on him and said he resembles John Howard because he was stuffed too. It got a laugh and I got a tin of Pal dog food.'

While Ms Painter named the stuffed dog Cerberus, she said most people called him Pat. And she could not be sure he was in fact male. 'He's all stitched up down there, ' the 56-year-old said. 'He doesn't have any tackle, if that's what you're asking. I just assumed he was a male dog because he's very big.'

Cerberus has appeared on television shows including Hey Hey It's Saturday

For sale but who would buy him? Owner hopes to offload stuffed German Shepherd

Over the years, Ms Painter has owned a stuffed wallaby, bat and fox, as well as Cerberus. As for her own unusual name, she says: 'Dympna is a Welsh name. St Dympna is the patron saint of lunatics and alcoholics.'

So who would want a stuffed German Shepherd? 'I don't know, ' Ms Painter said. 'That's the problem. I was hoping somebody who's into movie props would want him.'

As of Monday morning, no one had lodged a bid. Any buyer will have to make arrangements to pick up Cerberus, or whatever they want to call him. The sale listing warns: 'Will NOT post'.