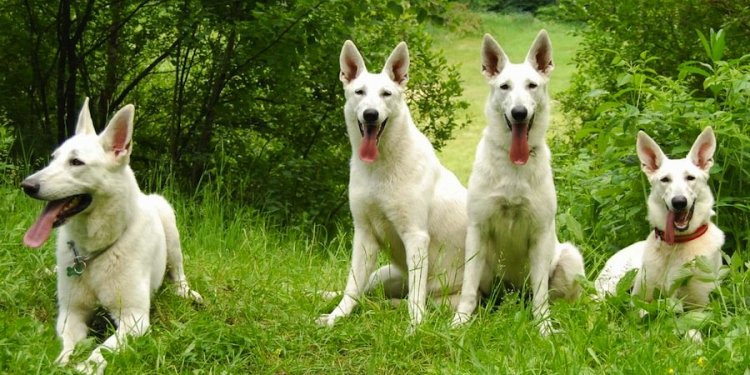 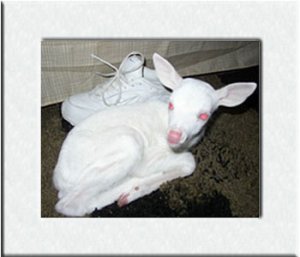 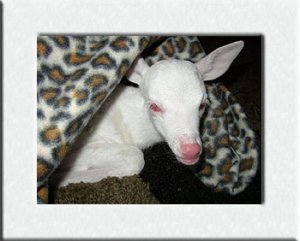 Albino is a "trait" all its own. It occurs in most all mammals, including

Humans and even deer. Just below is a very good example

of the ALBINO trait in deer. Notice the absolute absence of

"color pigment" of this animal. Eyes, nose, even hoofs are without

Color Pigment. All animals that are genetic colors of their species and breeds

Albino. Albino is a genetic defect that leaves the animal "without" the

normal color pigmentation present in the remainder of the species.

"ALBINO" is NOT a color. ALBINO should not even be considered as

it is the result of an absence of chromosomes that provide color. 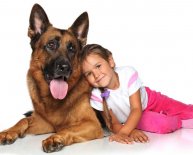