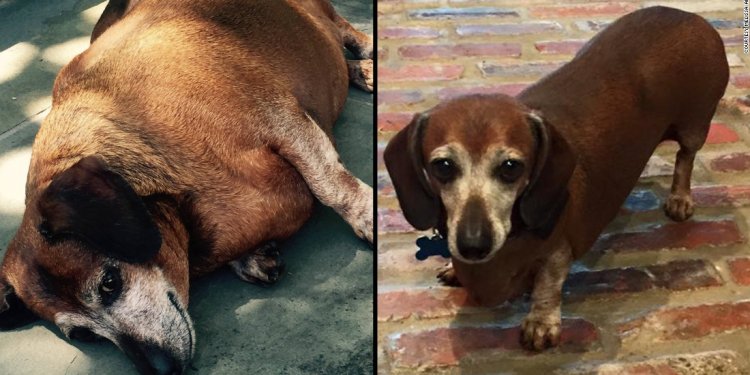 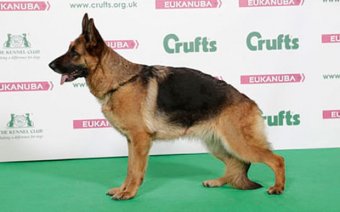 The RSPCA said the judging system must be reformed to stop widespread breeding of animals with a range of health problems. It said it was "shocked and appalled" and called on the Kennel Club to "take urgent action" to better protect animals' welfare.

Competition chiefs responded by hinting they could take action against David Hall, the prize judge, who said he was too unwell to comment yesterday.

However, paperwork seen by The Telegraph shows the Kennel Club declared the animal fit on the day it entered the competition. An official vet's notice signed March 12 declared it was suffering no visible conditions. Yesterday Ms Cuthbert said: "She is a very happy healthy dog."

Extended footage of the parade was cut from the Channel 4 broadcast on the orders of the club. However, Clare Balding, the Crufts presenter, who mentioned that the animal appeared "distinctly unsettled", raised the issue again on Sunday's final episode.

Jessica Holm, a commentator, told the programme: "It did not look like a healthy free-moving dog." Nick Blayney, a vet, said: "I was quite frankly appalled a dog like that could be put up as a good specimen of the breed."

Angry dog owners said the Kennel Club should face prosecution for encouraging the breeding of dogs with walking difficulties. Anja Smit wrote on the club's Facebook page: "It's so sad that the GSD from the video can't walk properly. He must have a lot of pain. How can they let him win?" The RSPCA said: "We would question how the dog had been allowed to have qualified for Crufts. In doing so, this dog, like all Crufts competitors, would have been awarded on at least one other occasion, suggesting this is unlikely to be an isolated incident."

The spokesman for the charity said there is "an urgent need to review the breeding and judging process, including an independent review of the breed standards, in order to safeguard the welfare of all pedigree dogs".

Caroline Kisko, secretary of the Kennel Club, said the dog's health "worried us as much as anyone else". She added: "We will also be reviewing judges who appear to disregard the health instructions they are given since they play a significant part in this process." She said the ultimate sanction is to remove breeds from the competition.

German Shepherd judge at Crufts should have gone to specsavers. Disgrace and so sad for the breed

REVEALED: The Crufts German Shepherd Footage That They Didn't Want You To See

That poor German Shepherd at Crufts! The Supervet should have plenty to say about that. Horrific breeding!

The RSPCA added: "Although it was encouraging to see the Kennel Club address concerns about the German shepherd, many other dogs at Crufts showed visible signs of poor health and/or discomfort as a result of their exaggerated conformation. For example, the winner of the Toy group, a Pekingese, was panting heavily and struggling to breathe. This illustrates why there is an urgent need to review the breeding and judging process, including an independent review of the breed standards, in order to safeguard the welfare of all pedigree dogs, not just the German shepherd.

"The RSPCA shares the concerns of the public and would strongly urge the Kennel Club to take urgent action to better protect the welfare of dogs taking part in these events."

How breed has altered

Unlike their cousins the alsatian, the competition breed German shepherd has a sloping back.

Hip problems causing death are eight times more common in German shepherds than in other breeds, a study found.

Beverley Cuddy, editor of Dogs Today, said Cruaghaire Catoria "is fairly typical" of the competition breed, whose characteristics have altered over the years to those seen at Crufts. "The breed specialist sometimes sees perfection or beauty in qualities that might make you or I wince, " she said.