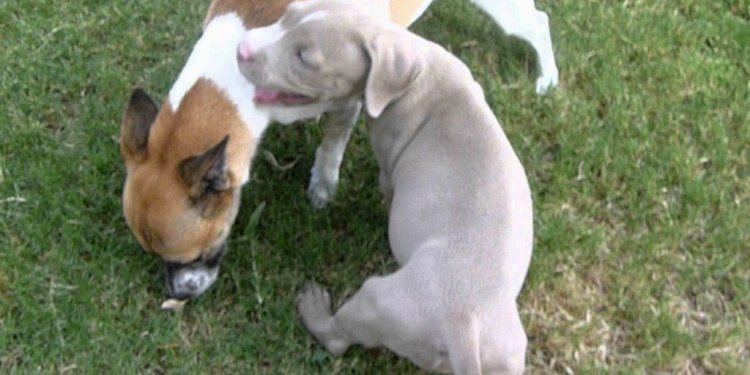 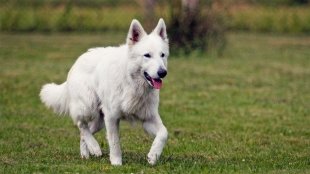 A month ago, my husband and I decided to bring a dog into our family fold. And since our kids — at 5 and 3-1/2 years old — are now out of the breakable baby stage, we decided to go big... literally. We started searching local adoption organizations for large-breed dogs.

About a month into our search, we came across a German shepherd rescue about an hour and a half from home. Scanning the roughly 15 canine faces currently for adoption through the nonprofit, we got stuck on one: a white GSD named Tyson.

He was 8 months old, and we knew he was the one in that way one does when something is meant to be. So we submitted an application, complete with references, and went through a follow-up email interview. Then, after three weeks, we got word we could come and take "Tyson" home for an adoption fee of $250.

Having spent so much time pouring over puppy faces and familiarizing ourselves with different adoption organizations, we knew an adoption fee was pretty standard among nonprofits. We also had personal experience, as we adopted our last dog, Shep, from a shelter in the Bronx way back in the early 2000s. Back then, the adoption fee was $50.

Still, in our minds, $250 was a small price to pay to bring home a member of the family. While I understand that there are organizations out there that charge a much smaller fee to cover things like medical care and transportation, I feel like the fee depends a lot on the type of dog and the logistics of the shelter itself.

For example, when we went to pick up our new dog, we learned a lot about the rescue group — most notably that it was run by a kind woman who purposely limited the number of dogs she accepted into her rescue so as to ensure they all got quality care.

She hadn't even planned to bring Tyson into the agency, but she got a call from a friend who said Tyson, his two siblings and their mother were all moments away from being euthanized at a high-kill shelter. She was out of town at the time, and had to plead with the shelter over the phone to hold them long enough for her to hop in her car and head home. They reluctantly agreed, and she was able to save all four from being euthanized.

You might be thinking, "Wait, I thought you said you paid $400?" Here's where that comes into play. When we went to pick up our dog, we discovered he had not yet been neutered. Typically, dogs who are adopted out are neutered prior to their adoption. We thought the same was true for this GSD, but it was an oversight on our part.

The truth of the matter is once we saw his face, there was no turning back.

When we got home, we scheduled his surgery, which cost about $150, thus bringing our grand total for adopting the dog to around $400. Is it a lot? Sure. Would I do it again? In a heartbeat.

For starters, our dog was checked out by a vet and given all of his vaccinations prior to us adopting him. We were given all of his medical records up front. He was also microchipped, an added safety precaution should he ever somehow slip away from us. He had also been fed and taken care of for over a month prior to us adopting him. At over 60 pounds at the time, he ate a lot of kibble, I'm sure.

Plus, he was saved, y'all. This dog was mere minutes away from becoming a statistic — yet another large-breed dog dumped in a high-kill shelter and subsequently sentenced to death. I will never feel bad about putting my money toward pet adoption.

The rescue organization responsible for rescuing our dog deserves all the credit for saving him from certain death. But I feel grateful knowing that the money we spent to adopt him means that that rescue group won't hesitate the next time they get a call about a dog who desperately needs an ally. After all, 1.2 million shelter dogs are euthanized every year.

Today, "Tyson" goes by the name Jaws. He is our Great White (German shepherd), and we already can't imagine our little family without him. At 10 months old, he weighs a whopping 85 pounds and continues to grow and fill out each day. Rescued from upstate South Carolina, he is now a coastal dog — cruising the shores of Folly Beach and frolicking in the surf.

He has become a fast BFF to our two children, spending hours on end playing with them and running to their side should he ever hear them utter a cry. He is affectionate and loyal, and I credit that largely to the rescue organization that saved his life.

He loves because he was loved. Above and beyond the medical care and the transportation and all of the other logistics, the rescue organization took the time to know and love this dog. You can't put a price on that kind of devotion to the cause.