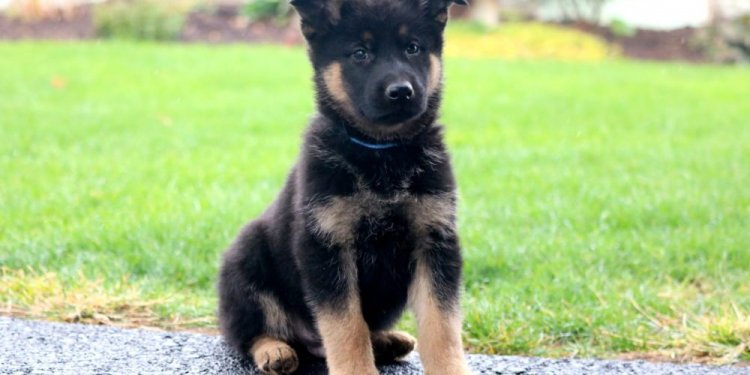 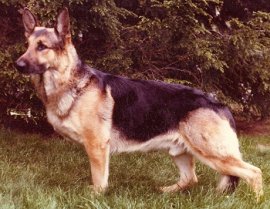 After World War I and II, German things were not looked upon too kindly by the Americans and British. To avoid using the word German, the name Alsatian was given to the German Shepherd, after the region of Alsace-Lorraine.

What is the German name? What do the Germans call their breed?

How big are German Shepherds?

The German Shepherd was developed to be a police dog, right?

Actually he was developed to herd sheep - hence the name shepherd. But during World War I, his intelligence, trainability, and protective instincts were put to use as a messenger dog, rescue dog, and sentry dog, and eventually he became the world's leading guardian, police and military dog, search and rescue dog, bomb and narcotics detection dog, and guide dogs for the blind.

Today, because so many temperament and health problems have become embedded in the breed's gene pool, it's difficult to consistently find or breed healthy, stable German Shepherds for working purposes. Today, breeds like the Belgian Malinois and Labrador Retriever are overtaking the German Shepherd in fields where the German Shepherd used to predominate.

What kind of temperament and personality does the German Shepherd have?

To get an idea of what a breed might be like, always look at what he was developed to do (see the question above). Many of the German Shepherd's characteristics - his powerful body, intelligence, trainability, loyalty, and enthusiasm for working - are hardwired into his genes because they helped him excel at his work.

What colors do German Shepherds come in?

The most common colors in German Shepherds are black and tan, black and red, black and cream, or black and silver. These colors cover the dog in one of three patterns:

A less common color is sable, which is an overall shade of golden, red, or gray, with black-tipped hairs that create a "dusted with black" effect. (For those of you interested in genetics, sable is actually the dominant color in German Shepherds.)

Even less common are two colors that are frowned upon by German Shepherd purists - blue and liver. Blue dogs and liver dogs have inherited a color-modifying gene that changes their black pigment to smoky gray (many blue dogs look like they've been dusted with flour) or brown (any shade from light brown to dark brown). All of their black pigment is affected, including their nose and the pads of their feet. Even their eyes are hazel or yellowish.


Blue and liver are considered "faults" by the official German Shepherd clubs and breeders who show their dogs in the conformation ring. But you can still register these dogs and compete with them in activities such as obedience and agility.

Finally, German Shepherds can be solid black or solid white.

I heard that white isn't an accepted color in German Shepherds.

It depends on what you mean by accepted. As with blue and liver, you can register a white German Shepherd with the AKC and show him in competitive activities such as obedience and agility. But the official clubs and show-dog breeders assert that white is a disqualified color for showing and breeding purposes. White dogs, they say, are too visible to make effective guard dogs and too camouflaged against sheep and snow to make effective herding dogs.

White Shepherd enthusiasts aren't deterred, however. They've formed their own club, which holds its own conformation shows. Because most breeders of whites don't breed their dogs for protection work, white German Shepherds tend to have a softer, milder temperament that fits well into many families.

What kinds of coats do German Shepherds come in? They can be longhaired, right?

Actually, to be completely accurate, there are FOUR kinds of coats in German Shepherds, not just two.

The short coat, you see, can be very short, or it can be a little longer and thicker and then it's called (informally) a plush coat. Show-dog purists prefer these plush coats. Either way, short coats are always double coats, consisting of a short outer coat (harsh to the touch), plus a woolly undercoat (for insulation).

Some breeders focus on breeding only Long Coated German Shepherds, and since they don't breed their dogs for protection work, longhaired German Shepherds tend to have a softer, milder temperament that fits well into many families.

How much do German Shepherds shed?

Oh, my. They shed a lot. An awful lot. A great deal! German Shepherds, in fact, are one of the "worst" shedding breeds in all of dogdom. They shed constantly, you see. Most breeds shed a few hairs here and there throughout the year, with the bulk of their shedding occurring twice a year, for three weeks in the spring as their winter coat switches over to a cooler summer coat, and three weeks in the fall as their summer coat switches over to a thicker winter coat.

Not German Shepherds. They shed moderately 365 days a year. Plus they shed a TON during those three-week spring and fall coat-switching seasons.

Ironically, longhaired German Shepherds seem to shed LESS than shorthaired German Shepherds, because many of their shed hairs get caught in their long hair instead of ending up on your floor and furniture. (Of course, that means you have to brush more frequently, or those shed hairs tangled in the long hair will fuse into a matted mess.) And remember above when we talked about the different kinds of coats and I said that long coats come in two types - one with an undercoat and one without? Well, even though the long coat without an undercoat is considered the worst coat of all by German Shepherd purists, it sheds the least of all because it only has one layer of hairs to shed. (Those hairs, though, do come out 365 days a year, just like every other German Shepherd.) 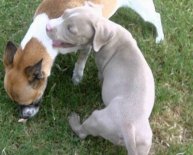 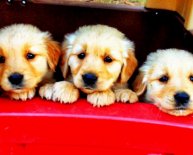