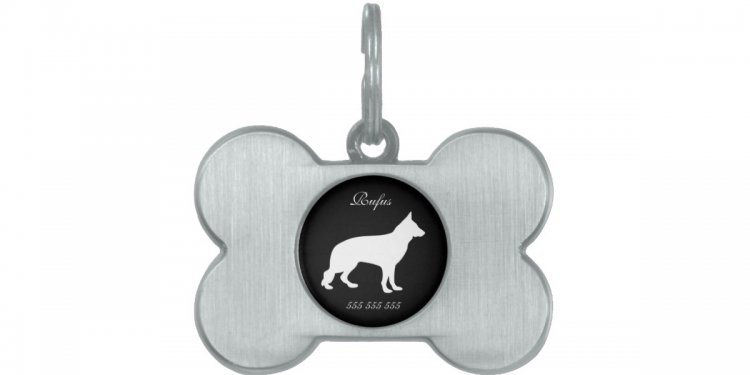 Yep, in fact, in the Terminator movie series, German Shepherds play a pretty important role too, though you may not have really been aware of it.

Dogs in general will bark as these alien creatures, the terminators, approach. As a result dogs are wonderful guardians and protectors in alerting their human families to the existence of a terrible impending danger in the detection of terminators.

Later, near the end of the film, as a pregnant Sarah Connor heads for Mexico, we see her pet German Shepherd, Max, riding along with her, in the back of her jeep. As she stops for gas a young boy comes by and takes her picture (also showing her German Shepherd), then sells it to her, which later on becomes the property of a young John Connor and also, for a time, John's father, Kyle Reese.

Later in T-2 (Terminator 2), Max the German Shepherd, now owned by a tweenaged John and his foster family, can be seen outside their home in a pen. As the T-1000, the bad terminator, takes the form of John's foster mom, Janelle, the GSD can be heard barking furiously outside. Another cool cameo of the use of . 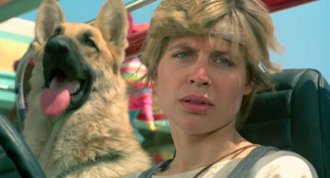 At just that time John calls to warn the family of the impending doom and hears Max barking furiously and comments about it to the older Terminator he is hiding with. The older Terminator model (Arnold Schwarzenegger) asks for the dogs name, Max, then, speaking in John's voice, asks the Janelle imposter what is wrong with "Wolfie"? When the newer model terminator/Janelle replies that every things okay with Wolfie, the older terminator knows that John's family is dead.

And if you still want to try this theory out even more and see how many you can spot, there is always the Sarah Connor Chronicles TV Series to watch and even Terminator comics and novels and fan fiction to read. That should keep you busy for a while!

" The best way to get a puppy is to beg for a baby brother — and they'll settle for a puppy every time.." - Winston Pendleton 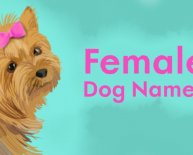 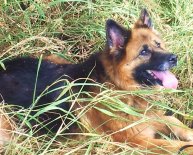