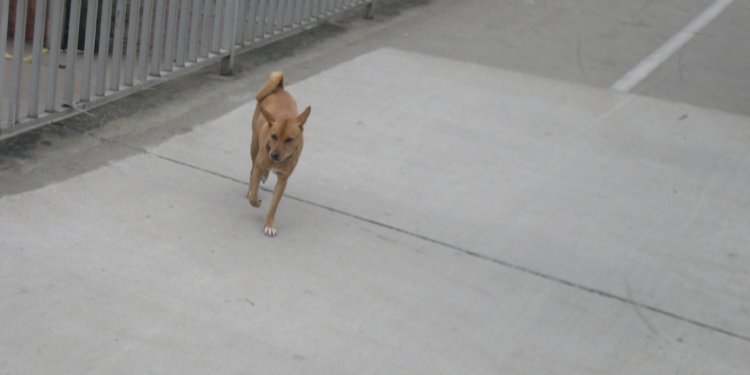 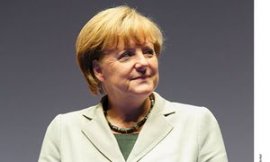 If Angela Merkel is re-elected on 22 September, she stands to become Europe's longest serving elected female head of government, eclipsing Margaret Thatcher along the way. And yet there is still plenty of mystery about a woman who charted an unlikely course from research science in the former GDR to the leader of Europe's most powerful nation.

Not only has she fought off all (male) competitors in her party, she has mastered the German political system, wrestled down two parties in coalition governments and seems to get only stronger in Europe. But behind the exterior lie secrets that are only now coming to light.

Angela Merkel is indeed "a quarter Polish". Now we know: Not only was her grandfather of Polish origin, the chancellor almost was born Angela Kazmierczak. Her grandfather was a Ludwig Kazmierczak, born 1896 in Poznan – then part of the German Reich. The family was proud of its Polish roots. Obviously not grandpa Ludwig who emigrated to Berlin when Poznan became Polish again after the first world war. He married a Berlin woman, and they had a son – Horst Kazmierczak, Angela's father. The family decided to cut their Polish roots in the early 30s. The Kazmierczaks followed a common fashion and Germanised their family name to Kasner. Father and son converted from Catholicism to the Protestant church – something Merkel didn't know until recently. That was a puzzling discovery for a woman who grew up in a rectory and whose Protestantism is key to understanding her personality. When Merkel's Polish past became public, a second cousin immediately invited her for dinner. Watch out, she might show up one day in the Alley of the Cosmonauts in Poznan.

Angela Merkel is said to pride herself as a good baker. Photograph: Getty Images

In her early public life, Angela Merkel loved to brag about her cooking and baking qualities. Indeed, there is a lot of praise for her potato soup, her beef loaf and especially her plum cake. The cake soon became a measure of how much time she was able to afford her private life and her husband. He loved the cake, she really didn't. As a junior minister under Helmut Kohl, she was still able to have two or three baking weekends each plum season. The plum cake stories trickled away when she became chancellor. Now there are the occasional pictures of the most powerful woman in Europe queuing at the cashier at her neighbourhood grocer. The shopping list is eagerly investigated, but butcher and the fishmonger keep stumm.

Merkel and Vladimir Putin go back further than you might think. He was a KGB agent in East Germany when the wall fell and he certainly wasn't happy about it. Perhaps the rivalry has its roots in the dark shadows of the cold war. Merkel, the greatest benefactor of the 89-revolution, got a taste of his intimidatory tactics very early. When she visited the Kremlin for the first time as chancellor, Putin gave her a plush toy dog as a gift. Merkel became deeply afraid of dogs after she was bitten in the mid 90s. But Putin didn't stop there. The next meeting, at his summer residence on the Black Sea, he let in his black Labrador Kony, an intimidating species. Merkel sat frozen, and pictures show Putin with a sardonic grin on his face, legs widely stretched.

After a meeting with Merkel, a prime minister from a small south-eastern European country told the stunned media, that the chancellor sees similarities between the EU and the ancient Inca. The European value system too could suddenly disappear without trace. Merkel sometimes uses the Inca story to shock, although nobody expects to see tourists climbing the savaged ruins of Brussels in the near future. But the chancellor does indeed worry about the strength of the western system. Democracy, liberal market-economies, the western legal system are battling the modern version of the cold war against authoritarian, non-democratic but economically strong systems. Merkel has seen a state collapsing in her lifetime, and she wants to spare her beloved west the same fate. That's the reason for her call to competitiveness and recovery in Europe – and she's afraid that Europe doesn't get it.

David Cameron sees himself as a close ally of Merkel. But the feeling might not be reciprocated. Cameron wouldn't be the first male politician to misread the chancellor – a dangerous mistake. Merkel's path is marked with the corpses of those males getting her wrong. And Cameron is the third prime minister she has to deal with in her time in office. So for clarification: Yes, she likes his policies, his global vision, his stands on competitiveness and the Asian challenge. She even admires his debating skills as she generally loves the British political system. But she is also keen on changing the treaties, but only if there is need for a change. Losing the entire EU system in one of those many referendums in the aftermath of a treaty change would be too dangerous. So Merkel is a fan of the newly discovered intergovernmentalism – treaties between the member states instead of ever more integration favouring the commission. Cameron got a taste when he was asked to join the fiscal pact at the height of the euro crisis. He decided against. No Britain is out. And Merkel couldn't care less.

So, how does Merkel really want to get out of the euro mess? Does Germany have to pay for it? Get rid of Greece? More power to Brussels? Definitely not. Merkel is famous for her step-by-step tactics. She never would give a speech outlining a vision for Europe or at least a two year plan. This woman is not for benchmarking. She doesn't want to leave any traces of her political game plan since this would only help her opponents. But she has a plan, written down in summer 2011 by one of her advisors, a scribble on a single sheet of paper. In this plan she accepts that key policies within the EU member states have to be watched, governed and controlled more closely and jointly in order to keep the currency alive: budgets, spending, education and research, retirement, social benefits. After all a joint currency will not work without a joint fiscal and economic policy. Will that mean more Brussels? The opposite is true. Merkel is aware of the European public being tired of the commission and the lack of accountability. So for the time being, she'd prefer national governments writing the rules and sticking to them. If someone wants more Europe, they have to come up with a pretty good idea. Merkel might even be willing to talk about a new architecture for all this coordinating – but certainly not before the German elections. And probably not even before the European elections next May. 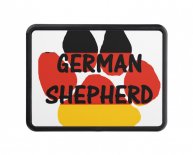