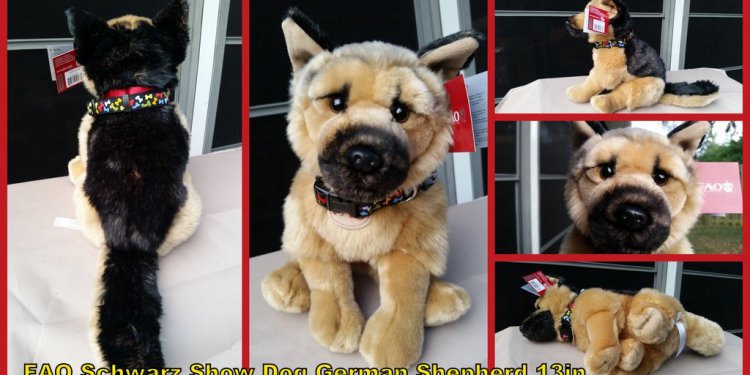 Before a dog is ever entered for a competitive show, there is a lot of work that must be accomplished in order to be able to present the dog properly. There is nothing like having a quality dog that is unprepared for a show. A dog that hasn’t been well trained and conditioned just won’t be a competitive dog.

Training for the Ring

The best time to start ring training and preparing your dog for shows is when the dog is still a young puppy. Puppies are easy to train and instill good habits in. The problem is often that many breeders and exhibitors don’t begin training early enough as they aren’t always sure a puppy will fully develop and don’t want to invest the time and energy in an uncertainty.
Unfortunately, that means many people lose out on these early months that could be used to work with the puppy and prepare it for future shows. There are several things that should be done while still a puppy:
1. While it might seem obvious that leash training is a good thing to teach in puppyhood, I don’t mean just simple leash training. Puppies can learn quite well the rules of the leash and how you would like them to walk on leash as well as how you would like them to gait on leash.
Introduce your puppy to the style of leash and collar that will be used in the show ring early on. For example, when I begin leash training a puppy, I teach them a modified version of heel for just generalized walking. I simply frequently reward the puppy exactly where I want him to be (right next to my left leg in this case) with tasty food morsels. Many young puppies can be given bits of their daily kibble as reward. 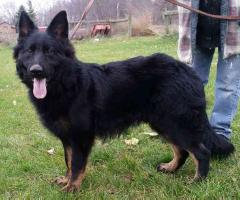 These early sessions should be quite short so that the puppy is having fun and is getting it right the majority of the time. This way the puppy enjoys leash training instead of dreads it. You can also reward the puppy as he begins to understand with a game of tug periodically as an additional reward.
Now, your leash training should reflect how you want the dog to ultimately look in the ring. Part of this will depend on what style of show your dog will be shown in and where. Many German Shepherds are shown in a modified heel position for their gait, so this means simply teaching a tighter walking style (like heel) and then adding in the component of varying speed.
Other dogs will be shown in a faster gait or will be asked to run out in front of the handler. This type of gaiting is most commonly seen in American Kennel Club shows. A dog can be taught this gait as a puppy just as easily by encouraging the puppy to pull out through the use of a second person enticing the puppy forward with a toy.
2. Stacking is something that shepherds naturally do themselves, but this posture is refined for the show ring. Everyone has a different way of teaching the proper stack, but one method that can be used starting with the young puppy is to mark the correct stance with either a clicker or marker word.
With the use of treats or a favorite toy to use as a lure, move the puppy forward while you slowly move backwards. When the puppy naturally poses itself correctly, click and reward the puppy for holding the position for just a second or two initially.
As the puppy ages and becomes better and better at it, gradually add in small amounts of time that you expect the dog to hold the position. This way you develop an impressive natural stack that the dog will hold as an adult in a show.

Physically exercising and conditioning a dog for the show ring is a task really geared towards the maturing adult dog. Puppies and young adolescents should have exercise to keep them fit and begin the process of muscle tone building, but you cannot do heavy conditioning work on a dog under the age of one to one and a half years old. It is too stressful for a young dog’s joints.
Source: www.pedigreedatabase.com 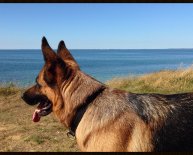