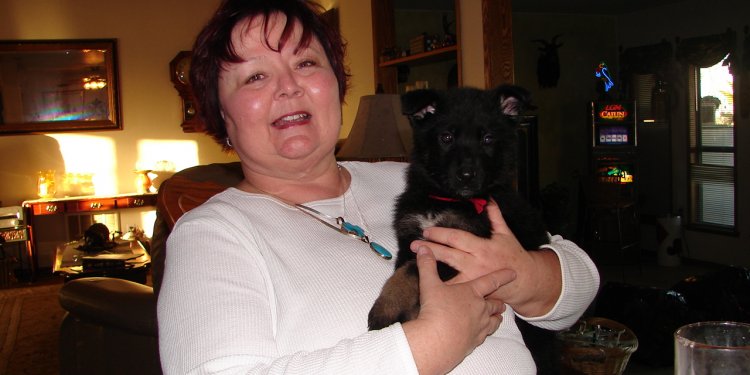 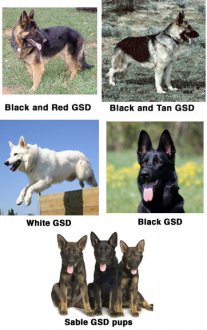 Concerning German Shepherd coat colors and various the breed standard from the SV specifically states that:

"The color of the GSD is in itself not important and has no effect on the character of the dog or on its fitness for work and should be a secondary consideration for that reason. The final color of a young dog can only be ascertained when the outer coat has developed."

Of all undesirable things to try to eliminate and to consider in a German Shepherd Dog before bringing it home with you, coat color should ALWAYS be at the bottom of the list.

Good pigment should be sought after but many factors such as health, happiness, movement and temperament should always be so much more important than coat color itself.

Coat color, in and of itself, should always be subordinate to structure, gait, type, and character and should never take precedence over the working abilities of the dog. Eye color should be dark and nose pigment should be black as well. 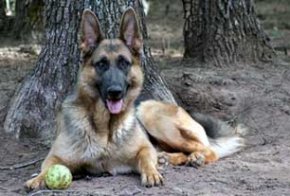 I have owned, been owned by and/or bred German Shepherds since the late 1970's and I can tell you that my basic selection criteria for my German Shepherd puppies EXCLUDE the actual color of the puppy. Qualities I look for in a new GSD puppy include the following in order of priority: 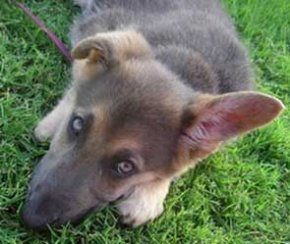 Concerning the coat of the German Shepherd, the SV breed standard states the following: "The normal (stock) coated GSD should carry a thick undercoat and the outer coat should be as dense as possible, made up of straight hard close lying hairs.

The hair on the head and ears, front of the legs, paws and toes is short. On the neck it is longer and thicker, on some males forming a slight ruff. The hair grows longer on the back of the legs as far down as the pastern and the stifle, and forms fairly thick trousers on the hindquarters. There is no hard or fast rule for the length of the hair, but short mole-type coats are faulty."

Ask just about anybody to describe a German Shepherd Dog and they will almost always mention the classic It is also just as possible for the GSD to be one solid color such as black (solid white is considered a conformation disqualification for showing by the AKC) or sable.

Sable German Shepherd coat colors are easily identified by multi-colored individual hairs all over the body. may also be masked by dark or black guard hairs.

Richer pigmentation is preferred, color wise. There are a few rare coat colors in the German Shepherd as well. I will do my best to describe these rare GSD coat colors and will share a few photos and even a slide show of them as well below. So here goes:

“Blue GSD’s” - “Blue GSD’s” have very light colored eyes that may darken with age, grey noses (not black), and a grey 'dusty' overall look to their coat. This “blue” coat color is due to a recessive color gene that both parents must carry in order for the puppy to be born “blue”.

At birth, in color will be a 'grey/silver' color, not the usual black. In other words, all the black pigment of the dog appears in shades of blues instead of pure black - they will have grey nose leather, and an overall grey 'dusted' appearance to their coats. 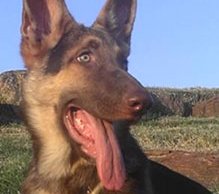 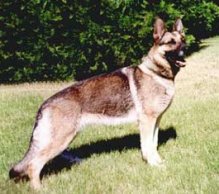 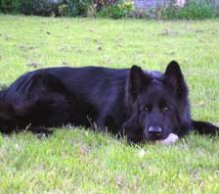 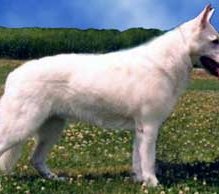 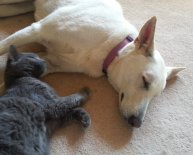