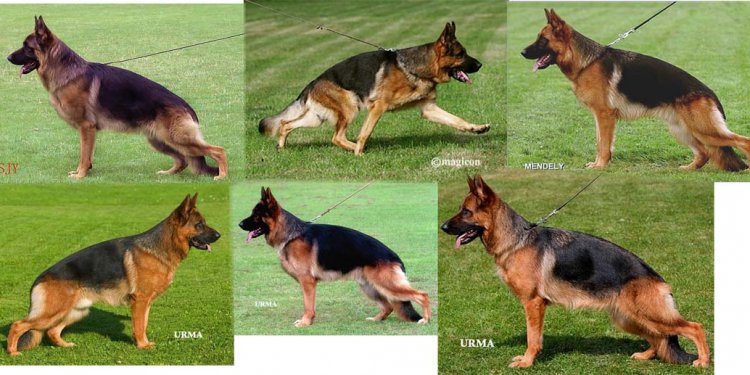 When your dog has finished the third leg of four toward Championship or Agility or Obedience trials.

OK, I realize I went off the rails immediately on that response, but here is the physiological info:

A female dog can go into her first heat at four months, though it can often be a 'silent' heat, i.e., no endometrial leakage (I hate calling this blood, since endometrial lining is so much more than mere blood, rich in nutrients for the coming babies). She may not go into heat, or at least a perceivable heat until she is 18 months or anytime in between. Sometime in August and February are the two most common seasons for her season. She may act irritiable, she may back up to people, her vulva will become poochie and swollen, more pinkish and may have a little discharge. The hormones at play here can also give her swollen mammary tissue. Your dog may suddenly look like she needs a series of training bras.

Then comes the "Bloody Show", the actual term for receptive ovulation, rather than a British expletive. But there will, on the heels of this, be a bloody show of all the unwanted suitors knocking at her door.

By the time she is ready for breeding, usually the second heat as she is too young in the first heat and early breeding will give your dog some health benefits; she will be less likely to develop mammary cancer if her first litter is in her youth. If you wait for her to be older, this statistic is reversed and she is more likely for mammary cancer.

If you are not showing your dog, you need to ask yourself why you are going to do this. Visit at least three other breeders who have titled (pedigreed and performing in some type of competition) dogs. Look for a local breed group chapter to join for guidance. Listen well when they critique your dog. If she is too long, has poor stance, a shy demeanor, bad coloring, listen. Have them look over her pedigree (if she is not registered, stop right here, don't breed her!) and give you advice as to what lines might be good for her. They are going to be blunt, but be teachable. You may have an less than desireable candidate, but there may be some value in her lineage worth working toward.

You will want to have the male lined up at least six months in advance. Chose carefully, choose someone who fits into one of the three catagories of my first sentence, choose one who offsets her flaws, i.e., conformation, color, temperament, etc. Pay for the best male you can possibly afford, then presell your litter, taking deposits for 14 puppies, which are non-refundable unless the puppy is sold to another taker or less than 14 are produced (she could, in her first litter, have anywhere from one to 16!). This will ensure that you haven't filled or displaced the rescues and dog pound of other unwanted dogs.

Now, if instead, you have a male, and if he isn't fulfilling any of those areas mentioned in my first sentence, then don't, just don't. The male must demonstrate his candidacy for furthering his line, and if you are in pursuit of these demonstrations of excellence, then sit tight; you will be approached by someone who will want to pay you for his services. He can be bred at six months, but this is inadvisable, as his chromatic development may not yet be at its peak, and a false start in breeding will cause others to shun his services. Better to have him titled and ready. Again, rely on the assistance of other breeders, who can help you develop good breeding habits for him. It should not be a frenzy. 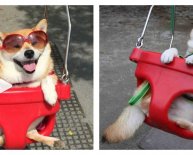 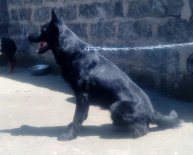