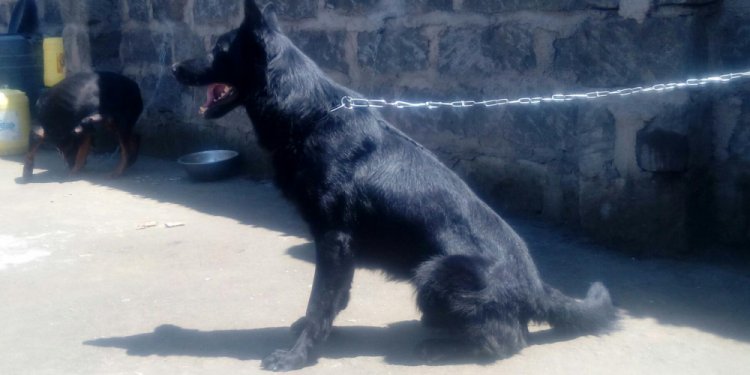 I had a female Siberian Husky, Cheyenne, whose black nose would change color in the winter. It would go from black to a pinkish color and then back to black when the weather warmed up. I believed she was healthy, but checked with my vet just to be on the safe side. A sudden change in color can be a warning sign something is wrong, but it can also be nothing more than your dog getting older. Why does a dog’s nose change color?

“Snow nose” or “winter nose” is the most common reason why a dog’s nose will change color. It will fade from black to brown or pink during the winter months. Cheyenne’s nose began to change color every winter once she reached her middle years. By the time she was a senior citizen, the color in her nose pretty much stayed in-between a brownish to pinkish color year round.

Siberian Huskies, German Shepherds, Golden Retrievers, Labs and Bernese Mountain dogs are the breeds where snow nose is most common. When a dog’s nose changes color during the winter it’s because the enzyme tyrosinase, which is responsible for producing pigmentation in the nose, is thought to be more sensitive to cold. It could also be a result of less sunlight during the winter months. Why the enzyme is less active during the winter is not completely understood. However, it’s nothing to be alarmed about and when spring rolls around, the dog’s nose will return to its normal color. However, if your dog’s nose changes to white, it’s not snow nose.

A skin condition called vitiligo is an immune disease that will cause a dog’s nose to change color. The cells that produce color on the dog’s nose and hair color on their body lose their ability to create pigmentation. A sign your dog has vitiligo will be white patches on his body. A simple biopsy can determine if your dog has this disease. Rottweilers, German Shepherds, Dachsunds, Poodles, Irish Setters, Afghan Hounds, Samoyeds, Pointers and Dobermans are more likely to suffer from vitiligo than other breeds. Vitiligo isn’t a health concern for the dog and if they have it, nutritional supplements may help restore their coloring.

Some dog’s can lose coloring in their nose if they’ve been sick or experienced some kind of trauma. The color should return once they’ve recovered. A scraped nose or one that suffered abrasions will turn pink until the scabs fall off. Some dogs have a sensitivity to plastic containers. With constant irritation from eating and drinking out of plastic bowls, their nose will turn pink and the lips will become inflamed. If your dog’s nose turns color and you’re using plastic bowls, change to stainless steel bowls.

Your dog could have what’s called a Dudley Nose where his nose changes color for no apparent reason. A puppy’s black nose may change to a brown color as he gets older and sometimes the pigmentation will fade to pink or white. If your vet rules out snow nose, vitiligo or other more serious conditions like cancer, your dog’s loss of color is nothing more than a Dudley Nose.

Lupus Erythematosus is a condition that will cause a dog’s nose to lose color. They will also have scaly skin and inflammation around the face with lesions along the ears. Collies, Shetland Sheepdogs, German Shepherds and crossbreed dogs are most at risk to develop this condition. As a responsible pet owner, you should ask your vet for advice on how to help your dog if he develops Lupus Erythematosus.

For the most part, if your dog’s nose changes color, it’s nothing to worry about and it may be part of the aging process. The enzyme producing pigmentation doesn’t produce as much color as the dog ages. But it’s always best to be safe when it comes to the health of your dog and see your veterinarian to make sure the color loss is nothing serious. The only real problem for a color change in a dog’s nose is if the dog is about to enter the show ring circuit; he will be eliminated for not meeting breed standards.

Special attention should be given to a dog with a pink or white nose because it will sunburn easily. Make sure to apply dog safe sunscreen to his nose when he’s outside and watch for any blistering which is an indication of a severe burn. 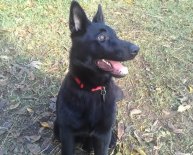 Pictures of all black German Shepherds 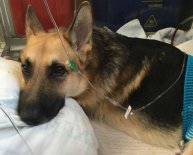